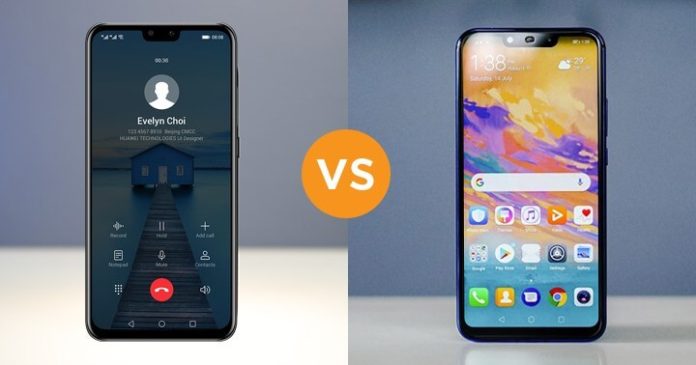 Huawei is known for providing good smartphones within accessible prices. A brand that started as a hardware producer for communications networks, a sector in which they are working with 45 of the top 50 telcos in the world. Later Huawei moved into other segments of electronics and started releasing smartphones, tablets, smart watches and more. The brand is regularly developing smartphones that have the latest features and are yet budget-friendly.

Read more: Reasons for the Success of Android Smartphones & their Popularity

The brand also has many smartphones with similar budgets and spec ranges. Two devices that were released roughly a year apart are the Huawei Nova 3i and the Huawei Y9 Prime. The 3i is from August 2018 and the Y9 from August 2019. The base processors that run both these are the HiSilicon Kirin 710 and the HiSilicon Kirin 710F. Power-wise they are identical, the difference is in construction and chip packing. The internal construction may vary but the chips are both Octa-core, with four Cortex-A73 which are clocking 2.2GHz and the other four are Cortex-A53 which clock a speed of 1.7GHz.

Read more: Things You Didn’t Know Gboard for Android Could Do

As for the cameras, the main camera on the Huawei Y9 Prime is more powerful, while the Nova 3i takes the lead with the selfie camera system. For main cameras the Y9 Prime has a triple-lens module, the first being a 16MP wide lens at f/1.8, the second is an 8MP f/2.4 13mm ultrawide and the third is a 2MP depth sensor at f/2.4. On the Nova 3i the main camera system is a dual-lens, with the first being a 16MP f/2.2 and the secondary is a depth sensor at 2MP. Lacking an ultrawide angle option, the selfie camera module is better though so the tradeoff depends on personal choices too. The selfie camera with the Nova 3i is a large 24MPf/2.0 wide-angle lens and with it a 2MP depth sensor. The combination gives more versatility. Whereas on the Y9 Prime there is a cooler feature, the motorised pop-up but it only houses a single 16 MP f/2.0 lens.

Read more: Varieties of LG Phones Present in the Market

Huawei generally has large batteries in their phone. The Nova 3i houses a Li-Ion 3340mAh battery and the Y9 Prime is powered by a Li-Po 4000mAh battery. The Li-Po based cell is better, in overall life and also in general performance. It can also be packed into a slimmer form given the different chemical construction. Making the Y9 Prime win out in this segment.

Aside from these features, both phones have the usual gamut of sensors and connectivity. The price for these devices is similar for the ones that have the same amount of RAM and storage space. So the phones that have 4GB RAM and 128GB of storage are a mere few thousand apart. The Huawei Y9 Prime is at approximately at 33,000 rupees and the Huawei Nova 3i is available for approximately 35,500.

The clear winner is the Y9 Prime, it is furnished with a better main camera and battery. With the same internal specs as far as the processor, RAM and storage go. Even the display is a mere shade less. Yet it is a few thousand cheaper. A true budget buy, the Huawei Y9 Prime.