The 5G network if almost ready to hit the market and everyone is excited about the innovation this network will bring to the world of mobile connectivity. Every “G” or generation in the mobile network so far was revolutionizing in one way or another.

The very first generation allowed mobile phones to exist, to begin with, while the current 4G enriched the smartphone era with streaming services. So what’s new about the latest generation? Simply put, the 5G network is about the speed.

For small businesses, this can be a great opportunity to vastly improve various business operations and processes that involve communications, collaboration and customer service. Not only that, but it’s very important for companies, especially smaller ones to keep up with the latest technological trends on the market, in order to remain both relevant and competitive. With that in mind, here are a few benefits of the 5G network for small businesses.

As mentioned before, every generation of mobile network introduces some new improvements and advantages. Here’s an example of what marked each generation.

Read More:   Things You Didn't Know Gboard for Android Could Do

The 5G network that’s about to hit the market as early as later this year or perhaps sometime next year, will introduce high-speed mobile connectivity.

Aside from that, this generation will also focus on vastly reducing the latency in mobile connectivity. As an example, 5G will support up to gigabit download speed as compared to the current 20 Mb/s in 4G. As for the latency, it will be reduced down to a single millisecond compared to 10 to 20 ms latency in 4G.

As mentioned before, every company, especially small ones, must stay up to date with the latest technological trends if only to remain relevant and competitive. However, that’s not the only reason small businesses need to do this.

The main benefit of keeping up with the 5G trend is improving business processes and operations. The particularly fast mobile speed that 5G network will introduce will allow faster and better services that small businesses can provide to consumers, such augmented and virtual reality (AR and VR), for instance, improved customer service and support, advanced personalization and so on.

However, in order to do so, small businesses will also have to improve their infrastructure and rely on proper fiber Internet equipment to enhance their capabilities. In other words, upgrading can mean the difference between maintaining a competitive edge in the market and being outrun by competitors.

The Internet of Things (IoT) devices have marked the previous few years as one of the greatest technological advancements in the modern business world. What’s more, these devices gave birth to so-called co-economy, especially among small businesses.

In other words, small companies decided to leverage the analytics potential of IoT devices and partner up, in order to provide consumers with an exceptional experience, as well as establish their presence on the market. With the 5G network promising faster connections and reduced latency, the IoT potential will significantly grow as well.

Not only that, but the 5G network promises more capacity when connected devices are involved. As a matter of fact, 5G will be able to support up to one million connected devices in a square kilometer radius. This is more than beneficial for small businesses that develop or rely on IoT devices.

Mobile traffic has significantly grown over the last couple of years. Mobile devices have become omnipresent among not just consumers but businesses as well. How we communicate with each other is based on mobile traffic and network, which is one of the main reasons 5G mobile network is focused on speed and reduced latency.

From the small business point of view, efficient communication with both consumers and business associates is one of the key elements of success. As the demand for mobile devices and their usage continues to grow the more strain is placed on current network capabilities.

This affects not only consumers themselves but also companies that rely on the support of mobile carriers in their everyday business operations. That’s why the efficiency in seamless communication that 5G will introduce is not only beneficial for small businesses but also very important for ordinary users.

The famous 5G network is finally ready to hit the market. Although it doesn’t seem as much of an improvement compared to previous generations, it promises to revolutionize the mobile network as we know it. 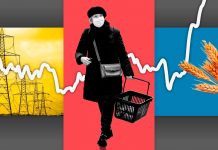