As compared to traditional app development, the predictive analyst suggests that 50% of the enterprises will invest more in chatbots. This very clearly signifies that the way of business and their strategies to serve customers is going to be changed very soon. Let’s take a sneak peek what and how much are chatbots going to contribute in years to come.

Contents hide
1 1) Is Mobile App Trend Going To Slow Down?
2 2) Integrating Messaging Apps With Chatbots
3 3) Chatbots Having Conversational Interface Will Be Flourishing
4 4) Supporting Framework For Chatbots Is On A Rise
4.1 Wrapping Up
4.2 Author Bio

1) Is Mobile App Trend Going To Slow Down?

The innovation in the mobile app is not stopped, I can’t say that for sure. The mobile app development companies are rubbing their minds off and trying to come up with something new and something unique, something that you and I would applaud. However, everything has a saturation limit and so as the mobile app. The generation is working with the slogan of ‘survival of the fittest’. When the app-driven era will fade, the chatbots are the new representation of the AI(Artificial intelligence) and it is going to change entirely how the apps are framed. I am not saying mobile apps are going to vanish or users are going to abandon them. That’s not possible, not for now at least. The users are going to be availed with some more options and mobile apps will be one of them. The enterprises these days have started investing massively in developing chatbots and for now, it can be predicted that they can be a huge influence in the future.

Messaging apps are easy and rapid growth. If you don’t believe, just take a look at your own phone and the apps you have therein. Whatsapp, Facebook, Instagram, Snapchat, Hike, Skype, Google Duo, and WeChat, you will have many of these apps. According to the statistics, mere Facebook and Whatsapp have over 1 million users monthly. Facebook messenger currently has approximately 100,000 chatbots and 20 million business are actively responding to them as well. The leading app development company will be looking for platforms to build and integrate chatbots and make the business more lucrative by entailing more visibility and popularity.

3) Chatbots Having Conversational Interface Will Be Flourishing

Conversational interfaces are the most tricky thing to grab users. Any user will like something that they can connect to and indulge in deep conversations with. The generic and automated conversation can’t connect with them and they don’t enjoy the usage. Instead, a human touch is more personalized and engaging. Research shows that 64% of the users expect deep interaction and real-time responses from the enterprises. Well, chatbots are the perfect output for the same. They can have a human-like interaction, personal responses, engage the user and give the prompt reply. Mood and behavior of the user can be judged and conversation can be pulled over likewise with chatbots. Keeping this scenario in focus, Facebook has launched already an open-source platform for research of the chatbots developers called ParlAI. This will be a huge aid for the developers in developing a more personalized and conversational chatbot.

Read More:   How to Avoid Getting Phone Repair Near Me Service

4) Supporting Framework For Chatbots Is On A Rise

Observing the potential of this emerging trend, the major players like Facebook Messenger, Kik, Telegram, Slack, Microsoft, Skype and some more have already started creating a supporting framework for the chatbots. Advanced tools are being developed and used along with a massive amount of data research. Training is also entailed to the developers for chatbot hosting on their platforms. Building proper architecture and IT infrastructure will also decline the development cost of the chatbots.

Without any second thoughts, the trend of the chatbot is emerging in every possible sector it can and for the good, to be honest.

I am Pratik Kanada, founder & CEO of 360 Degree Technosoft, an iPhone and Android app development company which makes app ideas into reality by providing unique design and development services across the globe. To keep up with the trend, I have also laid steps into React native and ionic app development. I generally write blogs on mobile technology, app development, and app marketing. 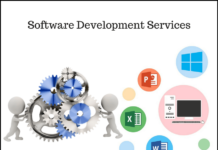 What Are the Benefits of Custom Software Development Companies? 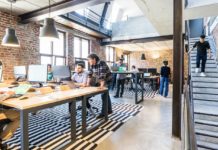 The Growing Opportunities in the iGaming Industry 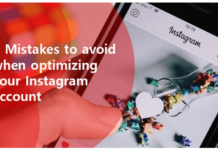