Blockchain technology more than just for buying goods and services from markets that are unreachable for most!

It seems blockchain technology is talked about almost everywhere.

But what is it in reality?

I am here to share with you some of the latest facts about Blockchain, which are also the criteria that a Blockchain entrepreneurship short course emphasizes.

Contents hide
1 Let’s not call it ‘the’ blockchain
2 Transparency and security
3 Big business has started to rely on blockchain technology
4 No “in-between” third party
5 Programmable asset
6 More than 500 supercomputers are required for blockchain processing!

Let’s not call it ‘the’ blockchain

This is because when it comes to the blockchain, there is not just one.

You will find different types of Blockchains distributed across several public platforms.

In addition to tracking cryptocurrencies, there are several well-known records of blockchain transactions.

Where some are being used for stock transfers and recording loans, others are focused on dealing with healthcare data, contracts and even votes!

It is impossible to find a single authority in a blockchain system.

The network is run by us.

They function based on a peer-to-peer network, where the computers participate in exchange transactions for ledger inclusion.

A copy of the ledger is kept at each node in the chain, periodically wrapping up the latest transactions to be added to the chain, in a new block of data (containing a computational “hash”).

Big business has started to rely on blockchain technology

This innovative financial technology is allowing more and more business organizations to seek independence from central control, thereby making a mark on the global economy.

Companies like Microsoft and IBM are selling blockchain items, which are then bought by the major stock exchanges and banks.

Blockchain transactions do not require a trusted third-party agency or middleman to maintain its databases.

Why do you ask?

It is the computers that make up the entire blockchain system, thus contributing to the content of the ledger.

This guarantees its integrity.

It’s one of the best elements of blockchain that attracts trading exchanges and banks to this fascinating technology, making room for a large number of traffic scales.

Another interesting application of blockchains is storing records of what may happen in the future (not of what has occurred in the past).

How cool is that?

Ethereum Foundation is one of the largest business entities that are utilising blockchain technology to store smart contracts.

The process is executed by the digital network engaged in the blockchain, based on a pay-as-you-go formula!

No matter the digital currency the blockchain deals in transactions can continue by gathering, storing, and transmitting or transferring information.

More than 500 supercomputers are required for blockchain processing!

And these are all the world’s superfast.

Whereas confirmation of blockchain transactions typically wraps up within a few seconds, because the central authority stays between payer and payee.

Blockchain in itself is filled with all these mysteries and more.

If you are interested to become an expert at handling this futuristic system, then apply to a blockchain certification course today!

Read More:   Top Reasons Why Pharmacy Is a Rewarding Career 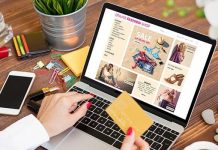 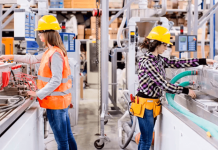 A Guide for Manufacturing Business Owners: How to Cut Your Company Costs 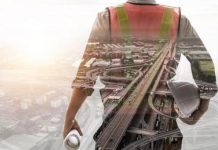 5 Upgrades For Your Construction Business In 2022

© Tech Hub Blog design by Web development
We use cookies to ensure that we give you the best experience on our website. If you continue to use this site we will assume that you are happy with it.Ok