The lure of the casino is like the siren song of the mythical water sirens. You hear it and it speaks of untold riches. It says with the roll of that die, the play of that hand, all your dreams will come through as you win those millions. Well, unless you have a genie in your pocket, this remains a dream when playing in casinos. There is the slim possibility of landing a huge win in a casino game but more often than not, most players do not. Remember that casinos are businesses and they are out to make the maximum profit possible while making sure you have a good time.

Playing at a casino, most people envision that this is the day when their luck turns, and that jackpot is theirs. They play slot after slot, waiting for that ‘ding’ and the coins roll out in waves. This is the desire they go into a casino with and most people come out without haven’t achieved that ‘ding’ or even seen anyone achieve it. Then you are  bask the next day and the cycle continues. You begin to ask yourself ‘ will I ever land that big win or better yet, how can I land that big win’?

When your thoughts turn this way, well cheating might not be far behind. So, some people even huge organizations have devised gadgets which can be used to give players an edge while playing in casinos. Some of these devices re designed specifically to be used in achieving a favourable winning outcome in casino games while some have been adapted from their origin use, to been used in gaining a favourable outcome at casino games. Most of these gadgets however cannot be deployed in online casinos according to casino reviews but are used mainly in brick and mortar casinos.

Casinos have already banned this eyewear. This innovative device gives wearer access to display which shows all information or content on the glass screen, camera button which gives you access to take pictures or record a video, a touchpad which the wearer can use to navigate between screens, speaker, LED, battery and frame which is made to fit any size of face. As great a device as this is, when used in a casino, it would help a player beat the odds. For example at the roulette wheel, the Google Glass has the ability to help a player predict accurately where the ball will stop, at what number it would rest on. Let’s explain just what this means. Some American roulette bets are 13-24 with a payout of 2:1 and the odds stand at 31.58%, 25-36 with a payout of 2:1 and odds of 31.58%, single number bet is 35:1 and the odds are 2.63% while combination of two numbers is 17:1 and the odds are 5.26%. With the Google Glass the above odds are all in your favour no matter how high or low there are. So, these glasses are banned in all casinos.

This gadget is especially creative for use at slots. Its size makes it easy to hide anywhere on your person. You can easily carry it into a casino in your hair, on your wrist, hidden in a fountain pen, your coat, virtually anywhere because they are made to look harmless and also like every normal looking object which you would use and not arouse suspicion. Using the jackpotter though for you to win at slots takes some form of ingenuity. This is because the object has to be installed into a slot machine for it to perform the desired function of helping you win at slots. Once you can overcome the obstacle of how to get it into the machine, then you are two steps closer to the jackpot. Also once the jackpotter is activated within the machine, it would scramble the stop signal of the machine and tokens would be generated. It is important to note that if you are caught using this device, you would suffer a ban from the casino and possible prosecution.

In 1963 a professor of mathematics who taught at prestigious institutions like MIT, wrote a book titled’ Beat the Dealer’. It was in this book that the idea and what we know today as card counting was born. He used the help of mathematical formulas to create the best strategies towards beating the house at blackjack. He tested his theories, they worked but was caught and banned for life from Las Vegas. Card counting on its own isn’t illegal per say, but casino punish offenders who are caught engaged in the act. Card counting apps used in gadgets are however banned in casinos. There are numerous apps out there which promise players guaranteed winnings if they use them but remember if you are caught, you will be punished.

Over the years there have been cases of players who have used hidden cameras to try and gain an edge in various games. The outcome been to beat the house and walk away with the huge winnings. In a game of baccarat, a player can use a hidden camera placed under his sleeve to record the values of the cards. When the data is later reviewed, the best play strategy would be devised towards optimal betting. Use of hidden cameras are banned in casinos. Games are supposed to be about chance and if lady luck finds you attractive that day. Employing the use of any gadget which opposes this underlying foundation of casino game play is wrong.

So, these are some of the gadgets which casinos have banned. It is advisable as a player not to be caught with any of these kinds of gadgets as you might face prosecution depending on the gambling location you might be in. Some casinos might only give you a ban but once one does, there is the likelihood you would be blacklisted in others. 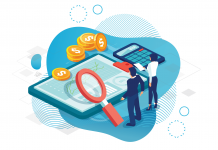 Don’t Have a Blog? Promote Your Affiliate Marketing Through Content Videos 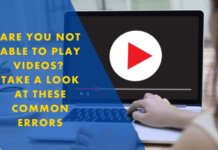 Video not playing? This could be the problem 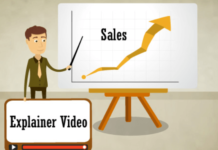