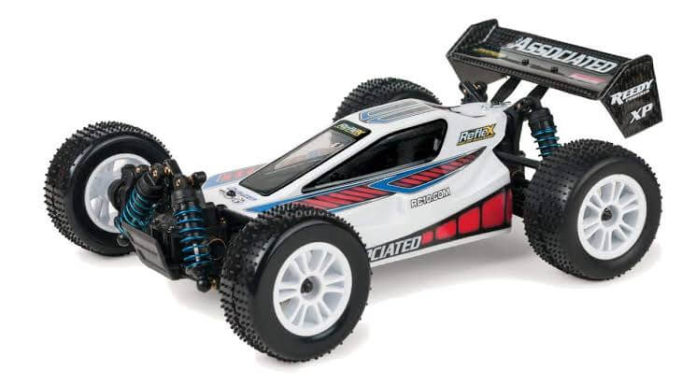 There is nothing as thrilling for a child as a remote-controlled car! We have all wanted a remote-controlled car or helicopter as a kid, we have all dreamed about owning one and flying it around in our backyard. Back then, we had a maximum of a couple of brands producing remote-controlled toys, and there were just a few models going around with the kids. Now, if you want to buy your kid an RC car, there are a plethora of options from which you can choose, based on what exactly your kid likes, what model, the speed and everything can be custom-chosen.
Obviously, your child would want the fastest RC cars, because nothing is as exhilarating as watching your toy car shoot across the ground, obeying every single toggle of your remote. To find the best and most suitable option for your child, we have made a small guide of the best remote-controlled cars out there today.

The best kind of remote-controlled cars are those that resemble real cars that run on the road, that the kids see on a daily basis, in front of them or on the TV. CMJ makes amazing remote-controlled cars based off of real-life vehicles, including a Range Rover sport. The detail that has gone into this product is amazing – it looks stunningly realistic, like a working miniature collector’s model of the Range Rover. It is around twenty-four times smaller than the actual car and is up to twenty centimetres in length.
The remote controlling in itself is impressive, too, as it can go in any way you want – it has a four-function driving system, which gives it an amazing level of navigation few other remote-controlled cars can achieve. The 2.4 Ghz frequency ensures that multiple cars racing simultaneously does not interfere with your car’s speed or racing abilities. It needs around five AA batteries, which is not much at all when you look at how fast and light car is. Just make sure to grab the best batteries you can, because your toy’s performance depends on the battery’s quality.
You can control the car for up to twenty-five metres and it has an amazing finish, with proper rims and rubber tyres and a stunning brick red finish. It also has controllable lights, which adds for an amazing effect for your kids.

As mentioned above, this company produces near-perfect replicas of real cars and they have done a good job with their version of the Lamborghini Aventador, too. It is definitely an iconic race car and the prospect of having a miniature replica of it zoom around in front of you is nothing short of thrilling. The details in this, too, is immaculate and impressive with similar dimensions as the Range Rover – 1:24 scale and around 19 cm long. It also enjoys four functions, so you can turn it around in any way you can possible, drift it, even. The lights are also perfect, with suspension and a good 27MhZ frequency, which assures a seamless driving experience for your child – and for you!

Monster trucks must have captured your child’s imagination at least once – so the delight that will light up his face when he sees this bad boy should not come as a surprise. The MaxTronic Monster Truck has the monstrosity that its namesake promises – the stunt off-road remote-controlled truck works on two motors on either end. It has complete suspension that provides smooth driving on all kinds of surfaces, whether it is the smooth marble or carpet of your home’s interiors, or the muddy grass of your backyard.
It has a remote range of a hundred metres, which is mind-blowing, to say the least. It is also waterproof to an extent – while it may not survive full submersion, it can easily speed through shallow waters, just like the big trucks splashing about rivers on rocky terrains.
It works on rechargeable batteries that lasts for around forty minutes after a full charge. While it is a bit on the expensive side, it is definitely worth the investment.

Read More:   How to prevent security breaches as a business owner

While everything we have discussed so far have been based off of vehicles that we see on a day-to-day basis, this one is a bit different. The Wall Climber looks like it comes straight out of a science fiction movie and it does exactly what its name suggests! Imagine the shock and glee on your kid’s face when his remote-controlled car does not crash into the wall, but begins to climb it!
While the control takes a while for you to get used to, it is extremely fast when it moves. It has a 360-degree spin feature, giving it amazing agility. It is kind of small, as it only comes up to fifteen centimetres in length. It is rechargeable, but runs on AAA batteries. It is meant to be driven inside, which should not pose a problem, since it is supposed to climb walls. It also has lights on both ends, that are also easy to control.
The surprising thing about this product is that even though it literally does something that is fantastical, it is less costly than a lot of the remote-controlled cars that were mentioned above.

Produced by Nikko, this remote-controlled vehicle runs on two long track-like wheels, which provides a different kind of navigation and agility compared to the conventional circular wheels. It may seem difficult to drive and manoeuvre with its strange wheels, but it can do a lot more than you think it can – it seamlessly turns around, covering a 360-degree angle with little to no effort. It is really fast for something that is designed the way that it is and can handle really difficult terrain. The batteries also charge really fast, so you can get up and going in no time.
Remote-controlled cars are a delightful gift to your child, and for sure, it is something both you and your kid will enjoy equally.