In 1972, a new company called Atari created the future for arcade games. That year, they introduced a computer console that people could connect to their home televisions. “Pong” was simply two lines on each side of the screen that a controller could manipulate to bounce a dot back and forth. This basic game of ping-pong set the stage for generations of more complex video games.

Classic Atari games like Pacman, Space Invaders, Frogger, and Missile Command were fundamentally woven in the world’s gaming culture of the 80s. The gaming giant continued to upgrade their games and graphics until 1992. Although other competitors joined the race for bigger and better creations, Atari is still considered the pioneer company where it all began.

Fast-forward to the 21st century, and Atari again seeks to make a historical mark as they did in the past. The iconic gaming company is dabbling in other virtual worlds in the Decentraland metaverse. Atari game developers are active participants and landowners in this future wave. They are joining a few different companies experimenting with their possibilities in the virtual world.

Atari has created a blockchain division to combine its efforts in both the gaming and cryptocurrency sectors. The division continues to develop an Atari cryptocurrency called the “Atari Token,” also known as $ATRI. They are also running this ERC20 token on Ethereum. Atari aims to gain a new generation of consumers in the digital age with non-fungible tickets, or NFTs.

Read More:   The Pros And Cons Of Using A Chat API

Enjin, a blockchain gaming platform, has partnered with Atari. The two companies are working with digital fashion house “The Fabricant” to help launch their new NFTs. Atari will also depend on Enjin’s innovations to create blockchain games under licensing agreements with the Atari brand. This partnership is an endeavor to familiarize more metaverse users with Atari and all has to offer.

Virtual citizens in Decentraland’s Vegas City neighborhood will soon welcome the gaming giant as a neighbor. Atari has initially leased plots of virtual land in this metaverse platform for a two-year term. The company will be a foundational tenant with a soon-coming virtual casino. Guests will be able to play Atari-themed games in the casino and purchase exclusive Atari-branded wearables. Polygon’s “Layer 2 Solution” may help reduce the Ethereum blockchain’s exorbitant gas prices.

Using the Metaverse to Attract Enthusiasts

It’s a monumental test for Atari to see how many economic and social opportunities they can take advantage of in the metaverse. They also hope to lure the older generation into the blockchain who grew up playing Atari video games. Since these folks are already fans, the company counts on having home-court advantage.

Atari gaming enthusiasts will enjoy their favorite classics once again via the company’s new IRL $400 VCS gaming console. It will also be designed to stream video apps and play other current PC games. Plus, the console will be equipped with a web browser to exchange cryptocurrency in places like OKX Academy.

Read More:   How to Make the Most of Your Next Networking Event

Researchers for Atari hope that the new console will appeal to those fans of classic Atari games as crypto enthusiasts. It has the iconic retro appearance that the 80s generation craves with added capabilities of blockchain transactions. It promises to be a fun multigenerational pastime with a cryptocurrency reboot. 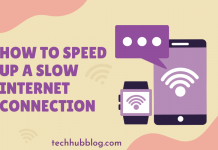 How to Speed Up a Slow Internet Connection 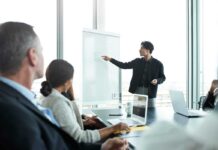