Almost as soon as slot machines graced the floors of casinos, fortune hungry players have been trying to figure out ways to cheat them. Throughout slot machine history, there has been plenty of tricks that work for some cheats for a while, but of course, they were caught in the end and as technology has advanced it became far more challenging for players to cheat slot machines.

In 2020, because slot machines both online and offline function through the technology of a random number generator this means that the outcome of the slot game cannot be influenced or predicted to any degree of accuracy. In turn, this means it’s practically impossible for players to cheat slot machines – however – that doesn’t stop some players from claiming it’s possible. Here are the top free slots machines cheats that may have worked on old fashioned mechanical slot machines, but simply don’t work on modern machines!

Some slot cheaters in the past had been known to cheat by bending metal coat hangers and inserting them into the machines in order to change the mechanics of the machine so they would land winning combinations and win money. As you can imagine, this wasn’t the most subtle way of cheating on a busy casino floor so the cheat was short-lived even back then and with modern slot machines this simply wouldn’t be possible – so don’t go raiding your wardrobe too quickly!

One of the most infamous slot machine cheaters in history is Tommy Glenn Carmichael who was known throughout the gambling world for creating a light wand which enabled his to effortlessly win jackpots whilst playing slots. His invention worked by intercepting the slot machine’s optical sensor and therefore stopping it from recording how many coins were inserted into the slot machines. This also interfered with the machines ability to pay out the correct amount, so Tommy could turn small wins into huge jackpots with his seemingly magical light wand.

Read More:   How does Bitcoin work?

Those days are far behind us and these scams just simply wouldn’t work with modern-day slot machines. Plus, the reality of cheating is at some point, you’re going to get caught, so it really isn’t worth it! Play fair, have fun and keep your fingers crossed for lady luck to be on your side and eventually you might just land the jackpot of a lifetime. 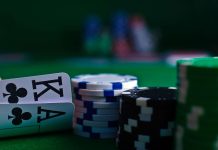 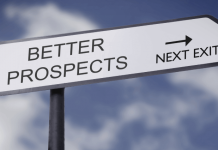 ENERGY BROKER SALES: HOW TO GENERATE AN EFFECTIVE PROSPECT LIST